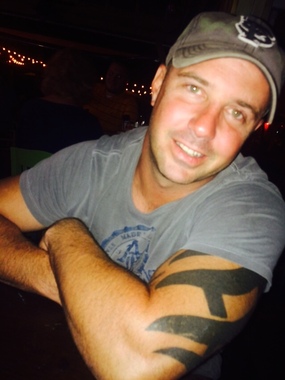 Back to Bryan's story

Bryan Lashley, 35 of Barney passed away Saturday, December 16, 2017 in FL. Bryan was born January 19, 1982 in Tifton to Neal and Sherry Lashley. He enjoyed playing football, and pole vaulting where he attended high school at Starmount High School in North Carolina, and at Mars Hill College in North Carolina. Bryan still kept in touch with his fellow high school football team and was a huge FSU Football fan. He was also an avid fisherman and hunter and could build anything. He loved to laugh and joke but most of all he was very proud of his wife, Sarah. He was very loved and will be deeply missed. The angels have taken him to his heavenly home to soon. Survivors include his wife, Sarah Ashley Lashley of Barney; mother, Sherry Lynn Deen Lashley of Tifton; brothers, Chris Lashley of Wisconsin, and Deen Lashley of Wisconsin; sister, Elizabeth Lashley of Tifton; half brother, Brad Lashley and half sister, Kerri Lashley Nunn; paternal grandmother, Eloise McNeal Lashley of AL; father in law, James D. Ashley, Jr. of PA, and mother in law, Vickie Montgomery Ashley of Adel; many nieces & nephews. Bryan was preceded in death by his father, Neal Harold Lashley; paternal grandfather, Harold Gordon Lashley; maternal grandparents, Herman C. Deen and Cynthia Pearl Deen. A memorial service will be held Friday at 3:00 p.m. at Purvis Funeral Home. The family will be receiving friends one hour prior to the service at the funeral home. Condolences may be expressed to the family online at www.purvisfh.com. Purvis Funeral Home is in charge of arrangements.
Published on December 19, 2017
To plant a tree in memory of Bryan Lashley, please visit Tribute Store.

Plant a tree in memory
of Bryan

A place to share condolences and memories.
The guestbook expires on March 19, 2018.

Restore the guestbook to view the 2 more posts by family and friends, and share a memory or message of condolence of your own.