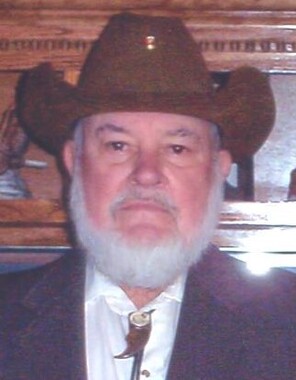 Back to Buddy's story

Albert Franklin "Buddy" Walters, 81, of Ty Ty passed away Friday, June 28, 2019, at his residence. His funeral service will be held at 2:00 p.m. Tuesday, July 2, 2019, in the Chapel of Bowen-Donaldson Home for Funerals with the Rev. Dale Walters officiating. A eulogy will be given by Coy Whittington. Mr. Walters will be laid to rest at a later date. The family will receive friends Tuesday, July 2, 2019, at Bowen-Donaldson Home for Funerals from 1:00 p.m. until the hour of the service.
Born December 13, 1937 in Worth County, Mr. Walters was the son of the late John Frank "Pops" Walters and Della Mae Griffin Walters. He was also preceded in death by one daughter, Patricia Jewel Walters. Before retiring, he was a tool and dye maker at Tifton Aluminum Company and was also a gunsmith and a knife maker. He was a member of Woodmen of the World, the American Legion and he was a veteran of the United States Marine Corps. He was of the Baptist faith.
Mr. Walters is survived by his wife, Judy K. Richards Walters of Ty Ty; three sons and daughters-in-law, Robbie and Suzy Walters of Jacksonville, Florida, Curtis and Bethany Richards of Ty Ty and Kevin and Kathy Richards of Germany; two daughters and one son-in-law, Theresa and George Mendez of Bedford, Texas and Debbie Richards of Douglas; two sisters and one brother-in-law, Betty Burdett and Frankie and Chalie Valdez, all of Ty Ty; eight grandchildren, Jason Culpepper, Juliet Jones, Brandon Richards, Jayce Richards, Nikki Richards, Chelsie Wallis, Cameron Mendez and Tyler Mendez; and two great-grandchildren, Ava McGuire and Liam Wallis.
In lie of flowers, memorial gifts may be made to the American Cancer Society, Tifton Unit, P. O. Box 385, Tifton, GA 31793; or the NRA, www.donate.nra.org.
You may offer condolences to the family at the online guest registry at www.bowen-donaldson.com. Services for the Walters family are under the care and direction of Bowen-Donaldson Home for Funerals.
Published on June 29, 2019
To plant a tree in memory of Buddy Walters, please visit Tribute Store.

Plant a tree in memory
of Buddy

A place to share condolences and memories.
The guestbook expires on September 27, 2019.