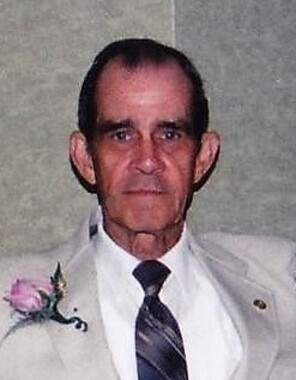 Back to Chuck's story

Charles Kenneth "Chuck" Conner, Jr., 86, of Tifton passed away Saturday, June 29, 2019, at Legacy Village in Tifton. His funeral service will be held at 11:00 a.m. Wednesday, July 3, 2019, in the Chapel of Bowen-Donaldson Home for Funerals with the Rev. Stephen Norris officiating. Mr. Conner will be laid to rest at Oak Ridge Cemetery. The family will receive friends Tuesday, July 2, 2019, from 6:00 to 8:00 p.m. at Bowen-Donaldson Home for Funerals.
Born January 6, 1933 in Nanty Glo, Pennsylvania, Chuck was the son of the late Charles Kenneth Conner Sr. and Susan Marie Yocum Conner. He was also preceded in death by one sister, Phyllis Conner Krultz.
Chuck loved nothing more than being in the woods hunting and fishing with his friends. His mother often said he spent more time in the woods than at home. After graduation from high school in 1950 Chuck joined the Army. He knew he didn't want to work the coal mines of the small Pa. town. Following basic training at Ft. Knox it was off to Korea where only a few months later he received his first injury, a gunshot wound. After surgery and time to heal he was back in the action. That first winter was very difficult because the troops were wearing WWII uniforms and had no winter provisions such as blankets and heavy coats and boots, etc. A few months after his first injury he sustained his second, a grenade blast that left shrapnel in his hand. Chuck returned stateside in 1951.
In 1953 he met a beautiful young woman from South Ga. named Marguerite. Both grew fond of one another immediately and that July they were married. He decided to re-enlist and make the Army his career. Chuck became a small arms instructor in 1962. Two more TDY's in the Pacific found him in Okinawa and then back to Korea as part of a MAG-military advisory group. At his final post, Aberdeen Proving Ground, Md., he reached the rank of First Sgt. He retired in 1970 after 20 years of service, having received a Purple Heart with one oak cluster, and numerous other recognitions and medals. He said the best part of being in the Army was the travel and the comradeship. The least was the separation from family.
After retirement he and his family- wife and 2 daughters, moved to Tifton. He had several jobs until he took a job with a small plumbing company as the store manager. That job led to a bigger job with a larger plumbing company with more employees. When that business was sold, he took a job at Short & Paulk and became their plumbing supply manager. He worked there until he decided to really retire. That didn't last too long, though. He was called back to the store where he worked several more years before finally retiring.
Chuck enjoyed working in the yard, working on his cars, and working in his "shop" room. But what he enjoyed the most was time spent with his family. He has always been a dedicated husband and father and is very well loved by his family.
Chuck is survived by his wife, Marguerite Jackson Conner of Tifton; two daughters, Janet Lynn Conner of Tifton and Deborah Jean Conner of Essex Junction, Vermont; three grandchildren, Andrew Stephan Lott, Allison Conner Lott and Anna Kathryn Lott; one sister, Katherine Conner Hancharick of Ebensburg, Pennsylvania; a sister-in-law, Dorothy Jackson Cameron of Stone Mountain; and a brother-in-law, James Krultz of Elgin, Illinois.
Flowers will be accepted or memorial gifts may be made to Hospice of Tift Area, 618 North Cental Avenue, Tifton, GA 31794.
You may offer condolences to the family at the online guest registry at www.bowen-donaldson.com. Services for the Conner family are under the care and direction of Bowen-Donaldson Home for Funerals.
Published on June 29, 2019
To plant a tree in memory of Chuck Conner, please visit Tribute Store.

Plant a tree in memory
of Chuck

A place to share condolences and memories.
The guestbook expires on September 27, 2019.