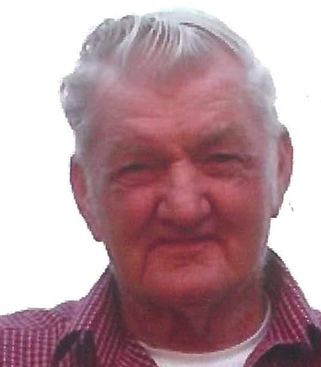 Back to Donald's story

Funeral services will be held at 3:00 PM Sunday, March 5, 2017 at Cobb Funeral Chapel with the Rev. Kenneth Kicklighter, Rev. Matt Greene and Rev. Dan Robinson. Interment will follow in Weeks Chapel Cemetery.
Casket bearers will be Daniel Wilson, Logan Hampton, Eli Crosby, Dell Powell, Jonathan Harvin, Will Phillips, Patrick Harrod and Jerald Presley. Honorary casket bearers will be Terry Clark, Jason Clark, Jerry Sumner, Thomas Sumner, Chris Hunnicutt, Terry Sparkman and Steve Barber.
Born May 16, 1941 in Tifton, Georgia he was the son of the Late Hobert Monroe Wilson and the late Hattie Yates Wilson. He worked doing land construction with his company Wilson and Sons. His family remembers that he was known as an outdoorsman, for his love and his commitment to work. He made a most selfless decision before the age of sixteen to put aside his education to help his parents on the farm. However, many know of his God given education through his gifts and talents. All throughout Colquitt County and surrounding counties are evidence of his work. As a business owner, he built many ponds, roads, cleared land, prepared land for greenhouses, chicken houses, laid out and built recreational duck ponds and race tracks. He was passionate about his work and for the people he worked for. He earned his living by the sweat of his brow for which he was blessed. He designed and built a variety of tools and pieces of equipment. The business was a family affair with many fond memories including a full Thanksgiving Meal on the job site. At the end of the day though covered from head to toe in dirt and grease the most important thing to him was his wife and family. He was a simple, no-nonsense man with much wisdom. His children often heard him say "I mean what I say and saw what I mean." He did not spare the rod in childrearing either. Taking care of mama was always his priority. There were many unspoken expectations within his home yet he never has lacked in showing his family love. He has never lacked in expressing his awe and respect for the Lord, Christ and Savior. He always expressed care and concern for those in need. He showed his Father's love and lived his work, and for that his family is blessed. Although retired, he continued to enjoy work opportunities. This past Thursday he finished his last full day at work before being greeted by Jesus to carry him home. He taught his family there are many things in life worse than death. While the families heart is heavy they have peace in knowing that they will all meet again.
Survivors include his wife of fifty five years Hazel Laverne Bates Wilson of Norman Park, GA,; children Lesia Hampton and Mike of Norman Park, GA, Donnie Wilson and Kacie of Odessa, TX and Renee Crosby and Dale of Moultrie, GA; grandchildren Daniel Wilson and Catherine, Allison Powell and Dale, Savannah Harvin and Jonathan, Kellie Phillips and Will, Logan Hampton and Rachel, Eli Crosby and Bodhi Wilson; great grandchildren Wilson Powell, Ella Powell, Hayden Phillips and Millie Harvin; sisters Mary Williams, Virgina Benskey, Carolyn Bates and Doris Casey.
The family will receive friends from 2:00-3:00 PM Sunday, March 5, 2017 before the service.
Cobb Funeral Chapel has been entrusted with arrangements.
Published on March 4, 2017
To plant a tree in memory of Donald Allison Wilson, Sr., please visit Tribute Store.

Plant a tree in memory
of Donald

A place to share condolences and memories.
The guestbook expires on June 02, 2017.