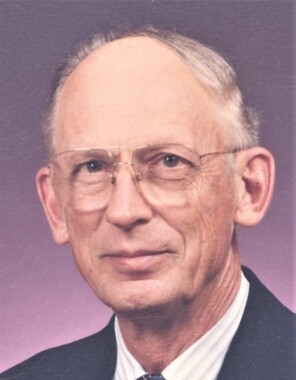 Back to Dr. Morris's story

Dr. F. Morris Davis, 86, of Tifton passed away Wednesday, January 30, 2019, at his residence. His funeral service will be held at 2:00 p.m. Sunday, February 3, 2019, in the Memorial Chapel of Tiftons First Baptist Church with Dr. Wayne Roe officiating. The Rev. Ron Lawhon will give a eulogy. Dr. Davis will be laid to rest at Zion Hope Baptist Church Cemetery with the Rev. Lester Potts officiating. The family will receive friends Saturday, February 2, 2019, from 5:00 to 7:00 p.m. in the Chapel of Bowen-Donaldson Home for Funerals.
Sam Cobb, Stan Diffie, Drew Diffie, Steve Woodham, Kip McMillan, Jake McMillan, Mike Beaumont and Darrell Benson will serve as pallbearers. Honorary pallbearers will be Melvin Hines, John Waddell, Dr. Joe Turner, Dr. Marcus Roberts and Davy Davis.
Born February 13, 1932 in Tifton, Dr. Davis was the son of the late John Baldwin Davis, Sr. and Maude Hutchinson Davis. He was also preceded in death by his wife, whom he married on July 31, 1955, Laurien Ruth Seanor Davis, who passed away August 21, 2018; and two brothers, John Baldwin Davis Jr. and Ray Edison Davis. He graduated from Tift County High School in 1949 and attended Georgia Teachers College from 1950-1954. He attended the Medical College of Georgia from 1954-1958 and did his post-graduate medical studies in Macon from 1958-1961. He had a medical practice in Tifton from 1961-2017 and was also Chief Medical Examiner during that same period, which made him the longest serving Medical Examiner in the State at that time. He was active in medical circles, including Chief of Staff at Tift General Hospital for two years; preceptor for 15 years for Mercer Medical School; charter member of Medical Directors Association; and Medical Director for two nursing homes in Tifton for many years. He was also active in various civic and church affairs and was an avid fisherman and farmer. He was a member of Tiftons First Baptist Church, where he served as a deacon, Sunday school teacher, and sang in the choir for 50 years. He also served as choir director at Calvary Baptist Church and Zion Hope Baptist Church.
Dr. Davis is survived by his five beloved children and their spouses, Maryann Veal of Fitzgerald, Frank Morris Davis, Jr. of Tifton, Lynne and Sam Cobb, Jr. of Brooks, Laurie and Stan Diffie of Tifton, and Lisa and Kip McMillan of Albany; six grandchildren; four great-grandchildren; and one brother, Lester Howard Davis and Sidney of Columbus.
Condolences may be sent to the family at the online guest registry at www.bowen-donaldson.com. Services for the Davis family are under the care and direction of Bowen-Donaldson Home for Funerals.
Published on January 31, 2019
To plant a tree in memory of Dr. Morris Davis, please visit Tribute Store.

Plant a tree in memory
of Dr. Morris

A place to share condolences and memories.
The guestbook expires on May 01, 2019.

Restore the guestbook to view the 4 more posts by family and friends, and share a memory or message of condolence of your own.