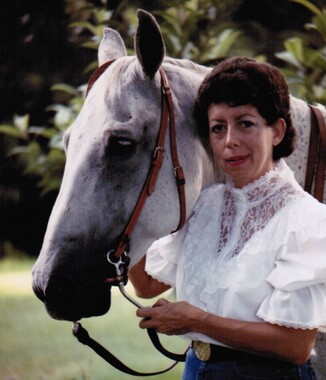 Esta Mae Gressette, a resident of Willow Springs, passed away Wednesday, April 10, 2019 while at her daughter's residence. Born January 9, 1943 to Robert Steele and Gladys Etta (Warner) Blackwood in Athens, OH; she was 76 years old.

She grew up on a farm, winning pony races at the county fair on her pony, Sugar, even after Sugar had recovered from a broken hind leg the winter before. She showed dairy cattle, chickens, and other 4-H projects. Horses, dogs, and cats were considered members of her family all her life. Esta graduated from Rutland High School in 1960, and with a BS in Biology from Ohio University in 1964. She worked as a medical technologist in both Quest reference lab in Columbus and O'Blenness Hospital in Athens, OH. She moved to Georgia in 1980 and worked at Tift Regional, Fitzgerald and Phoebe Putney. She retired in 2015 after working for more than 50 years. She was a member of First United Methodist Church, active in Circle 9 and the church orchestra, where she played tenor saxophone. She was also a member of the Wiregrass Quilt Guild, completing more than 50 quilts and an active member of the Tifton Exchange Club. Three months after her husband passed away, she learned her colon cancer had returned and it was also in both lungs and needed treatment ASAP. In March of 2018, she moved in with her daughter and son-in-law for treatment in Missouri. This has been her "happy place" surrounded once again by farm animals. Her positive outlook and fighting spirit stayed with her until the end. She will be greatly missed by her family, friends, and all who knew her.

She is preceded in death by her parents; a grandson, Jake Steele Carey in 2014 and her husband, Robert Bruce Gressette in 2017.

In lieu of flowers the family would appreciate memorial donations be made to Old Dogs Sanctuary, PO Box 93, Mt. Juliet, TN 37121. Those wishing to send condolences directly to the family may do so to: Rob & Kristina Carey, 1358 Bradford Road, Willow Springs, MO 65793

A celebration of life will be held at a later date in Tifton, GA. Arrangements are under the direction of Willow Funeral Home, LLC. On-line condolences may be left at www.willowspringsfuneralhome.com
Published on April 12, 2019
To plant a tree in memory of Esta Mae Gressette, please visit Tribute Store.

Plant a tree in memory
of Esta

A place to share condolences and memories.
The guestbook expires on July 10, 2019.

Restore the guestbook to view the 5 more posts by family and friends, and share a memory or message of condolence of your own.