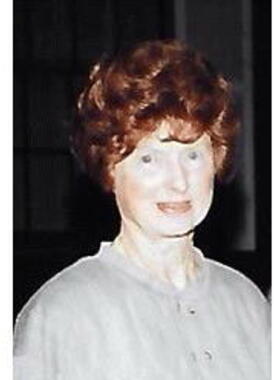 Back to Ethel's story

Ethel Selph Jackson, age 92, formerly of LaGrange and Fairburn, died Tuesday, October 8, 2019, at The Oaks of Braselton Senior Living Center in Hoschton, Georgia, where she had resided for the past two years.

Ethel was born April 10, 1927, in Colquitt County, Georgia. She was the daughter of Lester Lyman Selph and Mary "Lizzie" Lawson Selph. Ethel grew up in Tifton and after high school she moved to Atlanta taking a job at a local telephone company that later became Southern Bell. She retired from there in 1984 after nearly 40 years of service.

On December 24, 1953, Ethel married Amos Jackson in Atlanta. They made their home in Fairburn for 30 years while Amos worked for Eastern Airlines and Ethel worked for Southern Bell. The two enjoyed many trips around the world and always enjoyed spending time with their friends and extended family welcoming all into their home. They often hosted family gatherings at their home on West Point Lake where they also enjoyed many years together.

Ethel was a member of East Vernon Baptist Church in LaGrange. She was devoted to her Lord and Savior throughout her life. Ethel is survived by her sister, Thelma Baker, of Quitman, GA; her sister-in-law Patricia Jackson, of Union City, GA, and many nieces and nephews. Ethel was preceded in death by her husband Amos Joel Jackson in 1998; her sister Dee Holley in 2015; her sister Dorothy Hensley earlier this year; her brother Rudy Selph in 1985 and her brother Elzie Selph in 1992.

Graveside Services will be held Sunday, October 13, 2019 at 2:00 pm at Holly Hill Cemetery in Fairburn. Visitation will be held one hour prior to the service. In lieu of flowers, the family asks that donations be made to the Atlanta Humane Society or the American Red Cross.

Plant a tree in memory
of Ethel

A place to share condolences and memories.
The guestbook expires on January 08, 2020.