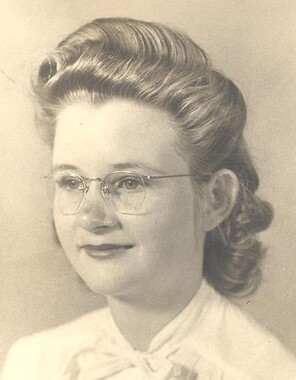 Back to Evelyn's story

Eunice Evelyn Ellis Norman, age 94, better known as Mrs. Louis Norman, went to be with our Heavenly Father on Tuesday, November 26, 2019. She was living at Ogeechee Area Hospice in Statesboro, GA.
Eunice Evelyn Ellis Norman was born on June 29, 1925 in Newton, Georgia. Mrs. Norman, an only child, is preceded in death by her parents, Louis Victor Ellis and Eunice Odum Ellis of Moultrie, Georgia. Mrs. Norman was married to Joseph Louis Norman, Sr. on November 21, 1942 in Thomasville, GA. The two were so in love that they "ran away to get married". They were married for fifty-three years. Mr. Norman passed to his Heavenly Father on October 14, 1995. Mrs. Norman has four children. Her first-born son, Joseph Louis Norman, Jr. went to be with our Lord on April 11, 1996. Also in Heaven is a grandson, Douglas Norman, born September 27, 1973 and passed on October 8, 1973. She is survived by her children, Michael Dean Norman (Mary Jo), who lives in Ormond Beach, FL, Rebecca Norman DeLoach (Lamar), who lives in Metter, GA, and Marcus Alan Norman (Theresa), who lives in Tifton, GA. Mrs. Norman's grandchildren include Renee Norman Crowe, Christopher Louis Norman, JoAnna Elaine Norman and their Mother, Elaine Norman, Michael Dean Norman, Jr., Ryan Spencer Norman, Anthony Ellis Johnson, Andrew Norman Colson and Zachary Alan Norman. Mrs. Norman is also survived by her great-grandchildren, nieces and nephews.
Mrs. Norman graduated from Moultrie High School and worked as a paralegal prior to her marriage. Her husband was a Captain in the United States Army, taking her family to live in many locations. She lived in Argentina and the Panama Canal Zone and loves to talk about their military lives and travel.
Mrs. Norman and her family returned to Tifton, GA in 1958 to be close to family. She was a homemaker and a devoted wife and Mother. She enjoyed cooking for her family and reading and, most of all, spending time with family. Mrs. Norman also worked with her husband while he served as Small Claims Court Judge for Tift County for over eleven years. You would never hear Mrs. Evelyn complain, as many people called her. She was selfless and never complained about anything. Her main goal in life was to serve her Heavenly Father and be good to all people that she had the pleasure of knowing. She was somewhat "timid" when meeting people, but once you got to know her, she loved to talk. One of her favorite pastimes was reading and studying the Bible.
Services for Mrs. Joseph Louis Norman will be held on Monday, December 2, 2019, at 2:00 p.m. in the Chapel of Bowen-Donaldson Home for Funerals with the Rev. Lonnie Lacy officiating. Visitation will be held one hour prior to the funeral services at Bowen-Donaldson Home for Funerals.
You may offer condolences to the family at the online guest registry at www.bowen-donaldson.com. Services for the Norman family are under the care and direction of Bowen-Donaldson Home for Funerals.
Published on November 29, 2019
To plant a tree in memory of Evelyn Norman, please visit Tribute Store.

Plant a tree in memory
of Evelyn

A place to share condolences and memories.
The guestbook expires on February 27, 2020.

Debbie Graves
Moms are special. Hope you will remember fond memories. May God wrap his loving arms around you and your family.❤️
View all