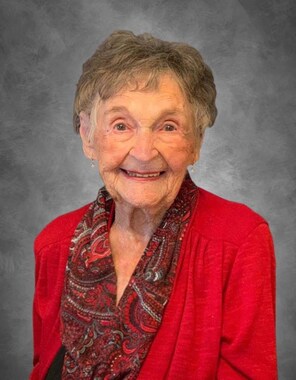 Mrs. Ferol Eva Spinks Cosper, 103, of Tifton, passed away on Tuesday, January 7, 2020 at her residence.
A Celebration of Life will be held, Saturday, January 11, 2020 at 11:00 a.m. at Salem Baptist Church with Rev. Andy Ring and Rev. Brantley Seymour officiating. A eulogy will be given by granddaughter Lynn Meares and a poem will be read by Debi Groenendyk her granddaughter. Interment will follow in Salem Baptist Church Cemetery. The family will receive friends Friday, January 10th from 6:00 to 8:00 p.m. at Salem Baptist Church.
Richard Swanson, Jeff Swanson, David Cosper, Wayne Meares, Russell Groenendyk, Andy Fretham, Christopher Reno, John McCarty, Jake McCarty, Jayson Fretham, Tommy Nash, Monty Spinks and Cole Murray will serve as pallbearers. Honorary pallbearers will be the Deacons of Salem Baptist Church.
Mrs. Cosper was born October 21, 1916 in Worth County to the late Rolin J. Spinks and Eva Nichols Spinks. In addition to her parents she was preceded in death by her husband, Cyrus Glenn Cosper who died in 1985, four sisters, Miriam Padgett, Hazel Seymour, Bernice Carter and Mary Alice Yarbrough, two brothers, Durwood Spinks and Earl Spinks, her granddaughter Kristy Eva Fretham, her daughter-in-law Elaine Cosper and son-in-law Donald Swanson.
Mrs. Cosper was a retired Interpreter for the Georgia Museum of Agriculture since 1976. She had lived in Tift County most of her life. She attended Salem Baptist Church where she was very active as the church pianist and organist for nearly sixty years and taught Sunday School. At the age of 101 she was the recipient of the George Wright Award on May 2, 2017. Besides being a church pianist, she taught piano and voice lessons to generations of children in Tift County and surrounding areas. Mrs. Cosper loved her Lord and her family. Although she enjoyed her life, she looked forward to meeting her Saviour. She admired her father who instilled in her a strong work ethic and believed the secret to a long life is working hard at something you love.
Mrs. Cosper is survived by her son, Darrell Cosper of Tifton; her daughter, Marcelyn Cosper Swanson of Orange Park, Florida; six grandchildren, Debi and Russell Groenendyk, Lynn and Wayne Meares, Richard Swanson, David and Jennifer Cosper, Jeff Swanson and Gena Cosper; fourteen great-grandchildren; four great-great-grandchildren and many nieces and nephews.
The family would like to thank her special deacon Tommy Nash and his wife Laurie, nephew Monty Spinks and wife Kim, nieces Carol Bell, Suzanne Dunn, Missy Moorman and care giver Charlotte Hurst for all of the love and care they provided in her last years.
Flowers accepted or donations may be made to Salem Baptist Church Benevolent Fund, 1128 Salem Church Road, Tifton, Ga. 31793.
Albritton Funeral Directors is in charge of the arrangements. You may sign the online guest register at www.albrittonfuneral.com.
Published on January 9, 2020
To send flowers to the family of Ferol Eva Cosper, please visit Tribute Store.

Send flowers
in memory of Ferol

Sue McAllister Petty
Thank you, Mrs. Cosper for teaching me to play the piano. I’ve had hours that grow into years of enjoying to play! You were a blessing!!!
View all