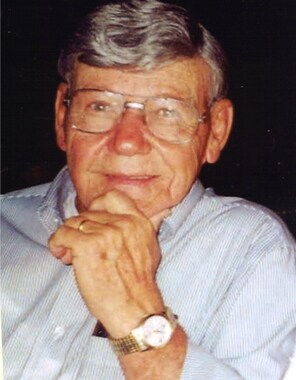 Back to Harrell's story

Mr. Harrell Franklin Bloodworth, 85, of Tifton, passed away peacefully on Friday, January 10, 2020 at his residence.
The family will receive friends at Albritton Funeral Directors Friday, January 17, 2020 from 6:00 to 8:00 PM. A memorial service to be held at the Kingdom Hall of Jehovah's Witnesses on Saturday, January 18, 2020 at 2:00 PM. A private graveside service will be held at Oak Ridge Cemetery.
Mr. Bloodworth was born July 14, 1934 in Tifton to the late Leroy Bloodworth and Mattie Pearl Johnson Bloodworth Willis. In addition to his parents he was preceded in death by four brothers, Marvin Bloodworth, Charles Bloodworth, Lloyd Bloodworth, Robert Bloodworth and one sister Alice Bloodworth Walker.
Harrell was a veteran of the U. S. Navy stationed in Hawaii. After his tour of duty in the Navy, he returned home and worked part time at a skating rink where he was an avid and very accomplished skater. He could actually dance and flip on a pair of roller skates. It was here that he met the love of his life, Barbara. He and Barbara dated for a while and were married on December 11, 1955. Mr. Bloodworth took a job working on radios and televisions for a few years in Tifton. Shortly thereafter, he accepted a job offer with Sears Roebuck in Moultrie, GA working on anything from radios and TV's to refrigerators to well pumps. After a few years they decided to move back to Tifton permanently to raise their family and Harrell went to work for Hasty's Communications for a year.
In 1964, they decided to start their own business knowing it would take hard work and dedication. He owned and operated Bloodworth Air Conditioning in Tifton along with his wife, two sons and daughter. Harrell was a licensed air conditioning contractor and a licensed electrician. He was an expert on refrigeration small and large. He was a great mentor to others and generously shared his knowledge. He never asked anybody to do anything he would not do himself. He was an excellent provider for his family. Harrell was kind hearted, loved his family dearly and would put their needs and wants before his. He and Barbara enjoyed traveling abroad and he also enjoyed fishing.
Mr. Bloodworth is survived by his wife of sixty-four years, Barbara Danforth Bloodworth; two sons, Harry Bloodworth and Craig Bloodworth; one daughter, Gina (Kevin) Johnson all of Tifton; one grandson, Randy Bloodworth of Tifton; two granddaughters, Lillian Johnson of Tifton and Amanda (Shannon) Keys; one great grandson Cole Keys and one great granddaughter Caitlyn Keys all of Charlotte, North Carolina. He also had many nieces and nephews for whom he cared deeply.
The family would like to thank his doctors and staff and Hospice of Tift Area for their compassion during Mr. Bloodworth's illness.
Albritton Funeral Directors is in charge of the arrangements. You may sign the online guest register at www.albrittonfuneral.com.
Published on January 11, 2020
To send flowers to the family of Harrell Franklin Bloodworth, please visit Tribute Store.

Send flowers
in memory of Harrell

A place to share condolences and memories.
The guestbook expires on April 10, 2020.

Lyn & Dorsey Burnette
There was never a question of his honesty,his ethics, and his sincerity! What a legacy! Ya'll were blessed indeed. Our hearts are holding you & our prayers are with you.
Jennifer Ivey
We extend heartfelt condolences to you and your family. It has been a pleasure being a patron of the Bloodworth business for many ,many years. May God give you peace during this time of bereavement.
Jennifer and Horace Ivey
Lindsay Hudson
My thoughts and prayers are with all of Uncle Harold’s loves ones and friends. He was a very sweet man and always enjoyed seeing him when I did. He will always hold a special place in my heart. (Daughter of Robbie Bloodworth-Hester)
View all