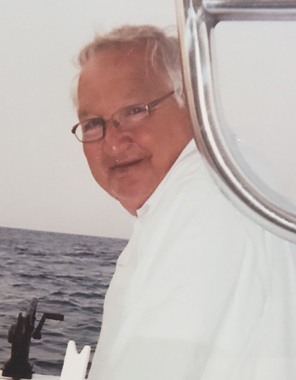 Back to James Angus "Jim"'s story

James Angus "Jim" Colson passed away on Monday, January 13, 2020 at South Georgia Medical Center after a long battle with heart disease. He was born on September 26, 1951 in Valdosta, Georgia to Kenneth "Bill" Colson and Catherine Cagle Colson. Jim grew up in Valdosta, graduating from Valdosta High School. He majored in History at Valdosta State College, but his true calling was in agriculture. Jim was fortunate to be able to build a career doing what he loved, working with farmers.
Jim began his career working with Gold Kist in the Farmer's Mutual Exchange Cooperative in Lake City, Florida. After managing stores in Florida and Georgia he moved to the chemical side of agriculture, first as a Southeastern Regional Accounts Manager for Gold Kist Chemical Division and later as Chemical Procurement Manager for Gold Kist Corporate in Atlanta. He retired from Gold Kist in 1999 but soon returned to the work he loved in Regional Sales with Triangle Chemical Company. He worked with Triangle until poor health forced him back into retirement.
Jim is survived by his wife of forty three years, Patricia Henderson Colson, of Valdosta, daughter and son in law, Dr. Heather Colson Hardy and Geoffrey Hardy, and his beloved grandchildren, Maddie and Ben, also of Valdosta. He is also survived by his mother, Catherine Colson Corbett, and siblings and their spouses: Ken and Pat Colson, Susan and Bill Allen, of Hahira, Lyndal and Brad Sims, of Valdosta, and David and Shannon Colson, of Florida. Also surviving are his brothers in law and sisters in law, Logan and Sue Henderson, of Fernandina Beach, Carlene and Lon Smith of Mobile, Alabama, Jane Henderson, of Panama City Beach, Florida, and Tony and Christine Henderson, of Lake City, and a special aunt and uncle, Mary and Ian Garnham, of Pensacola, Florida. Numerous nieces and nephews also survive. He was preceded in death by his father and two brothers, Ashley Colson and Ricky Colson.
Jim was always grateful for the excellent medical care that he received at SGMC Cardiac Center and from his doctors. Dr. Sid Staton and his staff at South Georgia Medical Associates and Dr. Joseph Thomas and his staff were Jim's personal heroes. His family will always be grateful for the care that he received.
A graveside service will be held on Thursday, January 16, 2020 at 11 a.m. at McLane Riverview Memorial Gardens with Dr. Ken Alford officiating. Visitation will be at Carson McLane Funeral Home in Valdosta on Wednesday from 5-7 p.m. Condolences to the family may be conveyed online at www.McLaneCares.com. Carson McLane.
Published on January 14, 2020
To send flowers to the family of James Angus "Jim" Colson, please visit Tribute Store.

A place to share condolences and memories.
The guestbook expires on April 13, 2020.