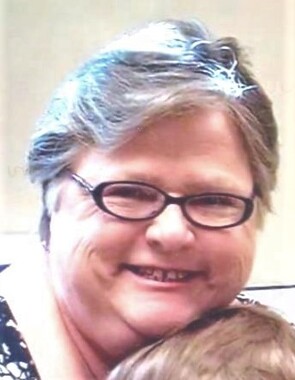 Back to Joan's story

Joan Elaine Hayes Ziegler, 64, of Tifton passed away Tuesday, November 5, 2019, at Tift Regional Medical Center. Her funeral service will be held at 11:00 a.m. Friday, November 8, 2019, in the Chapel of Bowen-Donaldson Home for Funerals with the Rev. Terrell Roberts officiating. Joan will be laid to rest at Oaky Grove Primitive Baptist Church Cemetery in Berrien County.
Jody Bozeman, Stacey Gunn, Eddie Cox, Jerry Hayes, Allen Bennett and Tony Purvis will serve as pallbearers. Honorary pallbearers will be the members of Tift Avenue Missionary Baptist Church.
Born January 17, 1955 in Berrien County, Joan was the daughter of the late Wilburn Hayes and Eunice Hiers Hayes. She was also preceded in death by one brother and two sisters. She had an Associate degree in nursing and, before retiring, she worked as a licensed practical nurse. She was a member of Tift Avenue Missionary Baptist Church.
Joan is survived by two daughters and one son-in-law, Candice Ziegler and Jenny and Clay Pilkinton, all of Tifton; three brothers, Edward Hayes of Griffin, Billy Hayes of Woodstock and Felton Hayes of Brookfield; two sisters, Jean Purvis and Betty Gandy, both of Lenox; and one grandchild, Aiden Pilkinton, who called her "Mimi" and she was known as "Mimi" to many others.
You may offer condolences to the family at the online guest registry at www.bowen-donaldson.com. Services for the Ziegler family are under the care and direction of Bowen-Donaldson Home for Funerals.
Published on November 7, 2019
To plant a tree in memory of Joan Ziegler, please visit Tribute Store.

Plant a tree in memory
of Joan

A place to share condolences and memories.
The guestbook expires on February 05, 2020.