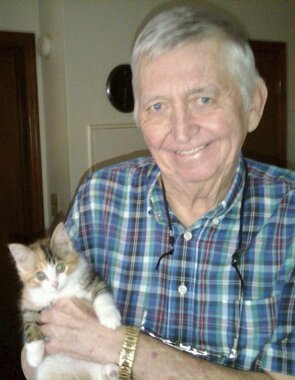 Back to John's story

Mr. John Thomas Greer, Sr. passed away at his home in Bamberg, SC on October 15, 2019 at the age of 76. A funeral is scheduled for Sunday, October 20, 2019 at 4 pm at Bethany Missionary Baptist Church at 1901 Tifton Hwy, Ocilla Ga with the Rev. Roy Conner officiating. There will be a visitation at Paulk Funeral Home in Ocilla Ga from 6-8 PM on Saturday October 19, 2019. All are welcome to attend and celebrate John's life.

Mr. Greer was born in Alexander City, AL on September 23, 1943, known as "Tommy" to his family. He graduated from Moultrie High School in 1962 and went on to manage the Western Auto in Warner Robins and Moultrie, GA as a young adult. He proudly opened his own used car lot-John Select Trucks in Moultrie. He liked to tell people that he was the 'largest volume wholesale used car dealer in the Southeast'. Later, he worked as a sales manager at Griffin Motor Company and Ford Motor Company in Tifton, GA.
John was a generous and kind individual who loved sharing stories with friends and family. He had a gregarious personality, with a smile that made everyone around him shine. He was elated to hear about the joys of others and took great pleasure in sharing their good fortune. An accomplished salesman, he truly loved bargaining and trading with people. He obtained his private pilot license as a young man and would often talk about how much he enjoyed flying. Collecting coins and guns were also some of his passions, but his greatest love was his family. Watching his great grandchildren play delighted him immensely.

Plant a tree in memory
of John

A place to share condolences and memories.
The guestbook expires on January 16, 2020.