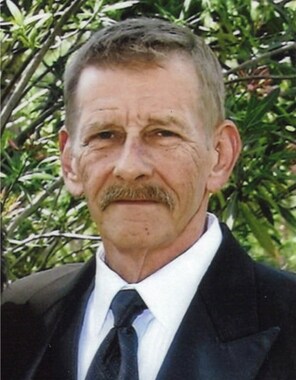 Back to John's story

John Joseph Mihalek, 68, of Chula passed away on Thursday, January 9, 2020 at his residence.
Funeral services will be held Sunday, January 12, 2020 at 2:00 p.m. in the chapel of Albritton Funeral Directors with the Eric Windmoller officiating. A eulogy will be given by Phillip Moody. Interment will follow in Tift Memorial Gardens. The family will receive friends Saturday, January 11, 2020 from 6:00 to 8:00 p.m. at the funeral home.
Patrick Emsweller, Alex Emsweller, Ricky Busbin, Phillip Moody, Barry Frost and Zach Lowther will serve as pallbearers. Honorary pallbearers will be William Manning, Thomas Murray and Illya Copeland.
Mr. Mihalek was born September 11, 1951 in Emporium, Pennsylvania to the late Joseph Stephen Mihalek and Theda Whiting Mihalek. He was a veteran with the United States Marine Corp serving during Vietnam War and was proud of his military service as a marine. Mr. Mihalek had lived in Tifton since 1974. He was retired from Union Camp after forty-one years. John was a hard worker and was an outdoorsman who enjoyed fishing and hunting. A true family man he adored his grandchildren. Mr. Mihalek was a member of the Tifton Masonic Lodge.
Mr. Mihalek is survived by his wife Sharon Murray Mihalek to whom he was married for forty-six years; one son John Daniel Mihalek of Fitzgerald; one daughter and son-in-law Leslie and Barry Frost of Ellabell, Georgia; three grandchildren Emily Mihalek Manning, Cassie Wilson and Austin Mihalek; several cousins, nieces and nephews.
Flowers accepted of donations may be made to American Cancer Society, PO Box 385, Tifton, Ga. 31793.
Albritton Funeral Directors is in charge of the arrangements. You may sign the online guest register at www.albrittonfuneral.com.
Published on January 9, 2020
To send flowers to the family of John Joseph Mihalek, please visit Tribute Store.

Send flowers
in memory of John