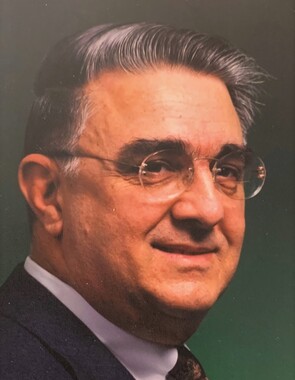 Back to Louis's story

Louis Edwin Orlando, 77, of Ponte Vedra, Florida passed away Sunday, December 8, 2019, at Oak View Rehab in Orange Park, Florida. A graveside funeral service will be held for Mr. Orlando at 2:00 p.m. Friday, December 13, 2019, at Oak Ridge Cemetery, where he will be laid to rest.
Born September 5, 1942 in San Antonio, Texas, Mr. Orlando was the son of the late Anthony Orlando and Viola Ethel Windham Orlando. He had a Master's degree and, before retiring, he was a Career Army Officer and was a Lieutenant Colonel. After retiring, he worked as a Security Consultant.
Mr. Orlando is survived by his wife, Sandra Ann Turlington Orlando of Ponte Vedra, Florida; two sons, Jared Orlando of Nocatee, Florida and Derrick Orlando of Middleburg, Florida; and two grandchildren, Erin Orlando and Ethan Orlando.
You may offer condolences to the family at the online guest registry at www.bowen-donaldson.com. Services for the Orlando family are under the care and direction of Bowen-Donaldson Home for Funerals.
Published on December 10, 2019
To plant a tree in memory of Louis Orlando, please visit Tribute Store.

Plant a tree in memory
of Louis

A place to share condolences and memories.
The guestbook expires on March 09, 2020.

America the Beautiful was purchased for the family of Louis Orlando.  Send flowers