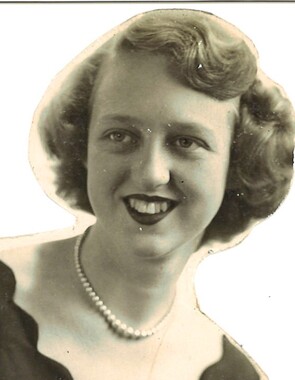 Back to Marjorie's story

Funeral Services for Marjorie Hardy Brooks, 88, of Conway, AR will be held at 2:30 p.m. Saturday at Perry Funeral Chapel with burial to follow at Rose Hill Cemetery. Mrs. Brooks died Tuesday, Jan. 7, 2020 at her residence. The family will receive friends Saturday from 1:30 p.m. until time of services at the funeral home.

Mrs. Brooks was born in Turner County, the daughter of the late Jesse Buren and Cassie Susan Clark Hardy. In addition to her parents she was preceded in death by her husband, Troy N. Brooks; sister, Barbara White; brother, Charles Hardy and great-granddaughter, Amara Belle Richter. She was retired after working with Rafael's, a women's elegant clothing store, in Mobile for a number of years. She was a devoted wife, mother, sister and grandmother. She was a stay at home mom until the children began junior and high school. She was a very talented seamstress. She enjoyed reading, sewing, cooking and doting over grandchildren who she adored dearly. She had been a resident of Mobile, Alabama for over 30 years before moving back to Ashburn in March of 2004 and most recently living in Conway, Arkansas.

In lieu of flowers the family requests donations be made to the American Heart Association or Avery's Angels.

You may sign the online guest book and share your special condolences and memories with the family by visiting www.perryfuneralchapel.com. Perry Funeral Chapel is in charge of arrangements.
Published on January 9, 2020
To send flowers to the family of Marjorie Hardy Brooks, please visit Tribute Store.

Send flowers
in memory of Marjorie