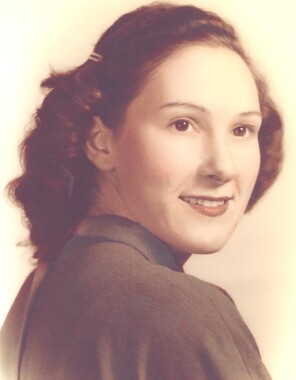 Back to Mattie's story

Mattie Elizabeth "Susie" Marchant Purvis, 88, of Omega passed away Sunday, February 3, 2019, at Tift Regional Medical Center. A graveside funeral service will be held for Mrs. Purvis at 2:00 p.m. Wednesday, February 6, 2019, at Oak Ridge Cemetery, where she will be laid to rest. The Rev. Joseph L. Crumley will officiate. The family will be meeting at the residence of Lee Varnadoe at 584 Mitchell Store Road in Omega.
Born October 27, 1930 in Omega, Mrs. Purvis was the daughter of the late James Marchant and Ethel Watkins Marchant. She was also preceded in death by her husband, Jacob Porter "J. P." Purvis; two sons, Danny Purvis and Ricky Purvis; one daughter, Debra Sue Purvis; nine brothers; and two sisters. Before retiring, she worked in food service and was employed at the Alpine, the Berry Patch, the Ranch House, the Byron Cafeteria, China Garden and Harper's in the Myon . She was a member of Omega United Methodist Church and a resident at Bradley Place in Tifton.
Mrs. Purvis is survived by one son and daughter-in-law, Mike and Kristi Purvis of Berrien County; one daughter and son-in-law, Kimberly and Thomas Varnadoe of Omega; six grandchildren and their spouses, Lee and Brandi Varnadoe, Dallas Purvis, Austin and Dana Purvis, Lance and Carlie Purvis, Jake Purvis and Ken and Christi Croft; nine great-grandchildren; a sister-in-law, Carol DiGregorio of New York; and two very special nieces, Jeannie Parker of Acworth and Jan Kitchens of Omega, as well as many other nieces and nephews.
Condolences may be sent to the family at the online guest registry at www.bowen-donaldson.com. Services for the Purvis family are under the care and direction of Bowen-Donaldson Home for Funerals.
Published on February 5, 2019
To plant a tree in memory of Mattie "Susie" Purvis, please visit Tribute Store.

Plant a tree in memory
of Mattie

A place to share condolences and memories.
The guestbook expires on May 06, 2019.