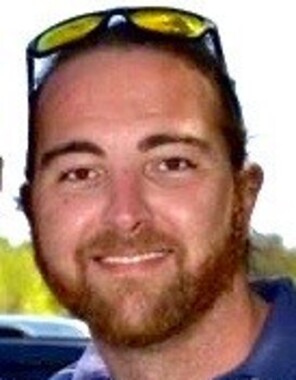 Back to Michael's story

Michael Shane Gray, 31, of Brookfield went home to be with his Lord on Wednesday, November 27, 2019. His funeral service will be held at 11:00 a.m. Thursday, December 5, 2019, in the Chapel of Bowen-Donaldson Home for Funerals with the Rev. Anthony Dean and the Rev. Joe Crews officiating. Mr. Gray will be laid to rest at Lawrence Cemetery with the Rev. Glenn Ford officiating. The family will receive friends Wednesday, December 4, 2019, from 6:00 to 8:00 p.m. in the Chapel of Bowen-Donaldson Home for Funerals
Born August 8, 1988 in Tifton, Mr. Gray was the son of Rita Kay Mobley Gray of Brookfield and the late Michael Gene Gray. In addition to his father, he was preceded in death by his maternal grandparents, Mildred Harris Mobley and James Allen "Buddy" Mobley; his paternal grandparents, Ruby and Jimmy Harvey "Buck" Gray; and one uncle, Ricky Gray.
He was a graduate of Tift County High School and Moultrie Tech, with a degree in Industrial Maintenance. He was employed with Hendricks Cleaning Service in Tifton. He was a generous soul, who would help anyone.
In addition to his mother, Mr. Gray is survived by his twin brother and his wife, Buck and Megan Gray of Valdosta and their children, Pearson and Mary Ellen Gray; his sister and her husband, Tabitha and Johna Griggs of Tifton and their children, Kinslee and Peyton Griggs; two brothers, Ryan Lupo and Thomas Wade; an uncle, James Kenneth Mobley and Lisa Smith; an aunt, Charlene Brooks; and many other close friends and family.
You may offer condolences to the family at the online guest registry at www.bowen-donaldson.com. Services for the Gray family are under the care and direction of Bowen-Donaldson Home for Funerals.
Published on December 3, 2019
To plant a tree in memory of Michael Gray, please visit Tribute Store.

Plant a tree in memory
of Michael

A place to share condolences and memories.
The guestbook expires on March 02, 2020.

Teresa Russell
So sorry for your loss. Your family is in our prayers🙏🏻
View all