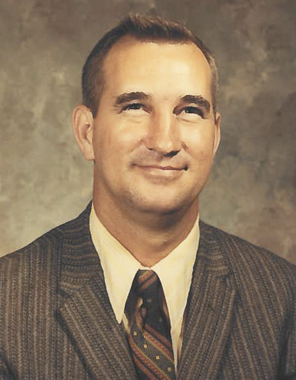 Back to Robert "Bob"'s story

Robert William "Bob" Case, 85, of Columbus, died Thursday, October 10, 2019 at Spring Harbor Retirement Home in Columbus GA.
Graveside rites will be held 11:00AM Sunday, October 13, 2019 at Westview Cemetery in Moultrie GA with Mr. Tom Cole officiating. The family will receive friends one hour prior to the service at Cobb Funeral Chapel in Moultrie GA.
Casketbearers will be his grandsons and son-in-law, Robert Case, Joseph Barron, Preston Bray, Ren Collier, Maxwell Bray and Adrian Collier.
Born February 2, 1934 in Chattanooga TN, he was the son of the late John William Case and Carrie Lee Case. Mr. Case was a graduate of the University of Tennessee at Chattanooga and retired from Forstmann and Company as a plant manager and was of the Baptist faith.
In addition to his parents, he was preceded in death by his sister, Joann Warren.
Survivors include his wife, Amy Millsap Case of Columbus GA; children, Sandra Lynn Case of Louisville KY, Robert Timothy Case and Felicia Lynn of Scottdale AZ, Robin Case Cole and Tom of Louisville KY; step-children, Tammy Maxwell Barron and Alan of Atlanta GA, Camika Maxwell Bray of Columbus GA, Miranda Maxwell Collier and Adrian of Perry GA; grandchildren, Robert Michael Case, Madeline Lee Cole, Carrie Lee Cole, Meghan Spigener, Joseph Barron, Preston Bray, Miranda Bray, Ren Collier and Maxwell Bray; great-grandchildren, Liam Spigener, Mary Glenn Bray.
In lieu of flowers, memorial contributions may be made to the Alzheimer's Association, 225 Second Street E, Tifton GA 31794.
Cobb Funeral Chapel has been entrusted with arrangements.
Please sign the online guestbook at www.cobbfuneralchapel.com.
Published on October 11, 2019
To plant a tree in memory of Robert "Bob" William Case, please visit Tribute Store.

Plant a tree in memory
of Robert "Bob"

A place to share condolences and memories.
The guestbook expires on January 09, 2020.