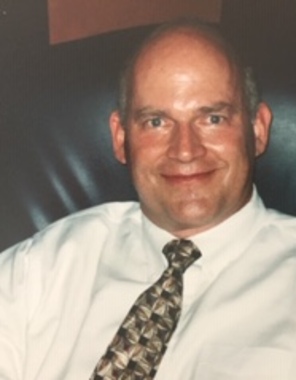 Back to Robert's story

Mr. Robert Chandler, 68, of Tifton went into the arms of Jesus on Sunday, August 4, 2019 at Pruitt Health Nursing Home in Sylvester.
Funeral services will be held at 11:00 A.M., Thursday, August 8, at First Baptist Church Chapel with Dr. Wayne Roe and Rev. John Hughes officiating. Interment will be private. The family will receive friends on Wednesday, August 7, from 6:00 to 8:00 P.M. at Albritton Funeral Directors.
Pallbearers for Mr. Chandler will be Bill Jackson, John Williams, Emerson Hoffman, Raymond Fulp, Stan Jones and Joel Inman.
Mr. Chandler was born on January 4, 1951 in Albany, Georgia to the late William Marcus Chandler and Joan Battey Chandler where he lived until 1998 when he moved to Tifton and married Fran Foster Chandler. Along with his parents, he was preceded in death by his sister Fran Chandler Hand.
He graduated from high school at Georgia Military Academy in 1970. In 1969, he won the Best Drill Cadet over the entire school and in 1970 he served on the Brigade Staff. He was a graduate of University of Georgia where he received a Bachelor of Science degree, and a Masters degree from Auburn University. He was a builder and did residential design in Albany and Tifton for many years, and was a member of the American Institute of Building Design. Mr. Chandler served in the United States Army in Albuquerque, New Mexico and was in the military police.
He loved computers, skiing at Lake Blackshear and inventing things. His favorite past time was playing with his grandchildren who loved him dearly, and called him Ra Ra.
In addition to his wife, he is survived by step-son Blair Veazey of Tifton, a step-daughter Laura Veazey Souter and her husband Matthew of Sylvester. His grandchildren are Megan Veazey, Sawyer Souter, and Braxton Souter. His siblings are Kay Hornick (Art) of Chapin, South Carolina, Ann Chandler of Macon, and brothers William (Chan) Chandler (Angie) of Warwick and Porter Chandler (Jennifer) of Tallahassee, Florida. Mr. Chandler's nephews and nieces are Adam Chandler, Jonathon Hornick, Wesley Chandler, Katherine Chandler Heacox, Joan Chandler Hornick, Casey Chandler and Blakely Chandler. His best friend was John Williams of St. Simons.
Flowers are accepted or donations may be made to Michael J. Fox Foundation for Parkinson's Research, P.O. Box 777, New York, New York, 10163-4777
Albritton Funeral Directors is in charge of the arrangements. You may sign the online guest register at www.albrittonfuneral.com.
Published on August 6, 2019
To plant a tree in memory of Robert Chandler, please visit Tribute Store.

Plant a tree in memory
of Robert