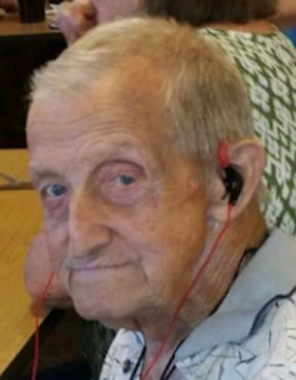 Back to Russell's story

Russell Adams, Sr., 90, of Sparks passed away Friday, April 12, 2019, at his residence. A private service and burial will be held for Mr. Adams at a later date.
Born July 25, 1928 in Pontiac, Michigan, Mr. Adams was the son of the late William Thomas Adams and Letta Phillips Adams. He was also preceded in death by his first wife, Alice Leverta Hinton Adams. He was also preceded in death by one granddaughter, Lori Loucks Wesniski; one great-granddaughter, Donna Jean Mountain; and six brothers, Raymond Adams, Arthur Adams, Harold Adams, Earl Adams, Ed Adams and Luel James Adams. Before retiring, he worked as a golf course maintenance mechanic and was in that position for most of his life. The golf courses he worked for included Springhill Country Club in Tifton and Circle Stone County Club in Adel. He loved to play golf and loved gardening and was of the Pentecostal faith. He also served in the National Guard.
Mr. Adams is survived by his wife, Lottie B. Franklin Adams of Sparks; one son and daughter-in-law, Russell Jr. and Danell Adams of Dayton, Tennessee; five daughters and sons-in-law, Marsha and Billy Hall and Margaret and Bill Ryan, all of Riverview, Florida, Lynn Featherstone of Michigan, Norma Jean and Frank Searles of Sparks and Cathy and Tom Skellett of Flint, Michigan; 21 grandchildren; and several great-grandchildren.
You may offer condolences to the family at the online guest registry at www.bowen-donaldson.com. Services for the Adams family are under the care and direction of Bowen-Donaldson Home for Funerals.
Published on April 13, 2019
To plant a tree in memory of Russell Adams, Sr., please visit Tribute Store.

Plant a tree in memory
of Russell

A place to share condolences and memories.
The guestbook expires on July 12, 2019.