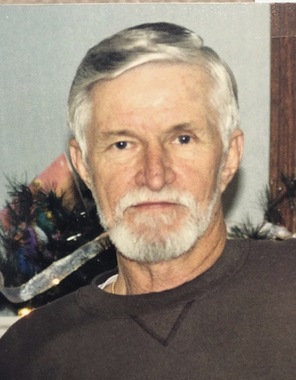 Back to Tommy's story

Mr. Tommy Dewey Hayes, 82, of Tallahassee, Florida formerly of Tifton passed away on Monday, September 16, 2019 at Blountstown Health and Rehabilitation Center.
A graveside funeral service will be held Monday, September 23, 2019, at 3:00 P.M. in Oakridge Cemetery with Rev. Robby Paulk officiating.
Mr. Hayes was born April 23, 1937 in Tift County to the late John Dewey Hayes and Sweeter Hall Hayes. In addition to his parents, he was preceded in death by four brothers; John Austin Hayes, George Hayes, Dewey Hayes, and John Ashley Hayes and one sister; Cleo Hayes Pearman. Mr. Hayes was a former member of Trinity United Methodist Church and was a veteran of the United States Navy. He was a graduate of Tifton High School. Mr. Hayes was retired from Centel Phone Company after thirty-eight years. He loved the beach and adored his only grandchild. His favorite activities were playing golf, fishing, painting and drawing.
Mr. Hayes is survived by his only daughter, Beverly Hayes Higgins and his son-in-law Jim Higgins both of Tallahassee, Florida; one grandchild, Hannah Elizabeth Swee. Special nieces and nephews; Mary Lee Shepperd, Brenda Hayes Griffin, Johnny Hayes (deceased), Sidney Hayes, Sharon Ann Weathers (deceased), Paula Lamon, Jill Hayes, David Hayes, Carolyn Hayes Brogden (deceased), Darlene Pearman Day, and Danny Pearman.
Albritton Funeral Directors is in charge of the arrangements. You may sign the online guest register at www.albrittonfuneral.com.
Published on September 19, 2019
To plant a tree in memory of Tommy Dewey Hayes, please visit Tribute Store.

Plant a tree in memory
of Tommy

A place to share condolences and memories.
The guestbook expires on December 18, 2019.