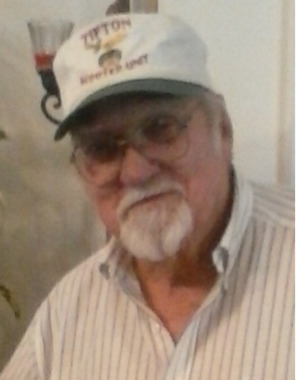 Back to William's story

Mr. William Edgar "Ed" Tillery, 85, of Tifton passed away on Saturday, August 3, 2019 at his residence.
Funeral services will be held Wednesday, August 7, 2019 at 4:00 p.m. in the chapel of Albritton Funeral Directors with Rev. Terrell Roberts and Rev. David Morrow officiating. The eulogy will be delivered by his grandson, Michael Moore. Interment will follow in Ty Ty Baptist Church Cemetery. The family will receive friends Tuesday, August 6, 2019, from 5:00 to 7:00 p.m. at the funeral home.
Chris Moore, David Frederick, Michael Moore, Jeremy Shaw, Chase Arnold and Blake Arnold will serve as pallbearers. Honorary pallbearers will be Troy Massey, Andy Thompson and the great grandsons.
Mr. Tillery was born October 2, 1933 in Scooterville, Georgia to the late James Harley Tillery and Nancy Maria Poole Tillery. In addition to his parents, he was preceded in death by three brothers Robert Tillery, Harvey Tillery and Darrell Tillery; one sister Clearcy Fincher and one great granddaughter Madisyn Woollett. Mr. Tillery was a former member of Springhill Baptist Church where he was very active and served as a deacon. He was a veteran of the United States Army serving from 1955 to 1957. As the owner of Hornbuckle Fuel Company he was diligent in serving the public and was a member of the Georgia Oilman's Association. He had lived in Tifton most of his life where he was a Mason, Shriner and a former member of Tifton Elk's Club. Mr. Tillery loved his family along with their cookouts and family gatherings. He especially enjoyed fishing with his children and great grandchildren.
Mr. Tillery is survived by his wife of sixty-five years, Hazel Ann Denham Tillery; two daughters and sons-in-law, Connie and Jody Aldridge of Enigma and Cheryl and Jimmy Coker, Jr of Tifton; his grandchildren, Chris and Patty Moore, Jessica Shaw and her spouse David Fredrick, Michael and Sheree Moore, Jeremy Shaw and his spouse Sharon Frederick, Jordan Aldridge, Suzie Woollett, Shannon Coker and Jimmy Coker, III; 18 great-grandchildren, three great great-granddaughters and one sister, Ethelene Butler of Jacksonville.
Flowers for Mr. Tillery will be accepted or donations can be made to Hospice of Tift Area, 618 Central Avenue North, Tifton, 31794 in lieu of flowers.
Albritton Funeral Directors is in charge of the arrangements. You may sign the online guest register at www.albrittonfuneral.com.
Published on August 6, 2019
To plant a tree in memory of William Edgar Tillery, please visit Tribute Store.

Plant a tree in memory
of William